VCU researchers and partners study the breeding biology of the prothonotary warbler along the lower James River using the project and its data to explore population genetics, disease and migration ecology, the role of song and plumage in reproductive fitness, and the impact of climate change on diet and timing of breeding.

Once known as the golden swamp warbler due to its striking yellow color and preference for flooded forests, the prothonotary warbler (Protonotaria citrea) is a neotropical songbird that migrates to breeding grounds in the eastern U.S. and southern Canada in the summer.

The prothonotary warbler is the only eastern warbler to nest in tree cavities. These warblers prefer lowland forests near standing water for nesting sites. The decline of this habitat is the most critical threat to the species’ breeding success and has contributed to the prothonotary’s decline over much of its historic breeding range. 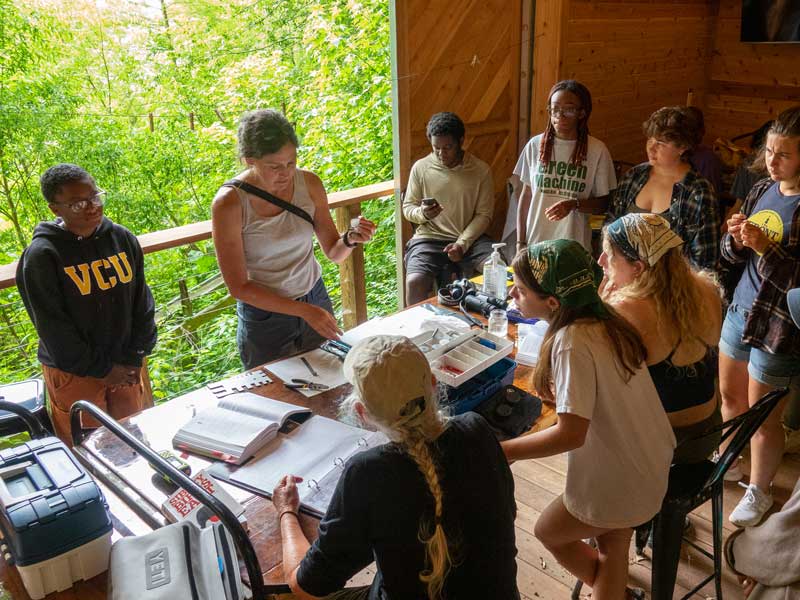